More than 600 donors and volunteers will join the United Way of Central Oklahoma at the Snowflake Gala on Thursday, January 22nd to celebrate the results of the 2014 fundraising campaign and to honor some of our community’s most outstanding volunteers. The 13th Annual Snowflake Gala will be held at the National Cowboy and Western Heritage Museum at 7:00 p.m.

Preceding the Snowflake Gala is the Volunteer Awards Reception, where Central Oklahoma Board Chairman David Thompson will present the organization’s three most prestigious volunteer awards. Pete Delaney, Chairman and CEO of OGE Energy Corp., will receive the Richard H. Clements Lifetime Achievement Award, while Robert “Bob” J. Ross, President and CEO of Inasmuch Foundation and Ethics and Excellence in Journalism Foundation, will be honored with the John Rex Community Builder Award. Hillary Farrell, Chief Operating Officer, also will be presented with the Ray Ackerman Leadership Award.

United Way Board Chairman David Thompson will serve as the master of ceremonies for both events and the featured entertainment will be the Edmond North Orchestra String Quartet. The Snowflake Gala program will begin with an overview of the year by Thompson and the 2014 Campaign Chair Carl Edwards will announce the grand total of monies raised through the annual fundraising campaign. They will be joined by Bob Kendrick, chair of the Combined Federal Campaign; Secretary of State Chris Benge representing the State Charitable Campaign; and Assistant City Manager M.T. Berry, chair of the Heart of the City Campaign.

“United Way’s Campaign Cabinet set a goal of $21.5 million for the 2014 campaign,” states Debby Hampton, president and CEO, United Way of Central Oklahoma. “The Snowflake Gala is our chance to celebrate with those who have made it possible to provide funding to programs that meet the needs of our community. We are grateful to the thousands of donors who continue to support United Way, the Combined Federal Campaign, the State Charitable Campaign, and the Heart of the City Campaign. When donors give to the annual campaign, it positions our Partner Agencies ready to respond and meet the human and health-related needs of our neighbors, friends, and family members—we just can’t thank them enough for their support!”

Dollars raised through the United Way of Central Oklahoma campaign will support 128 programs administered by a network of 61 local Partner Agencies meeting the needs of thousands of central Oklahomans each year. All programs are reviewed annually by donor volunteers to ensure contributions are properly invested with the highest level of accountability. 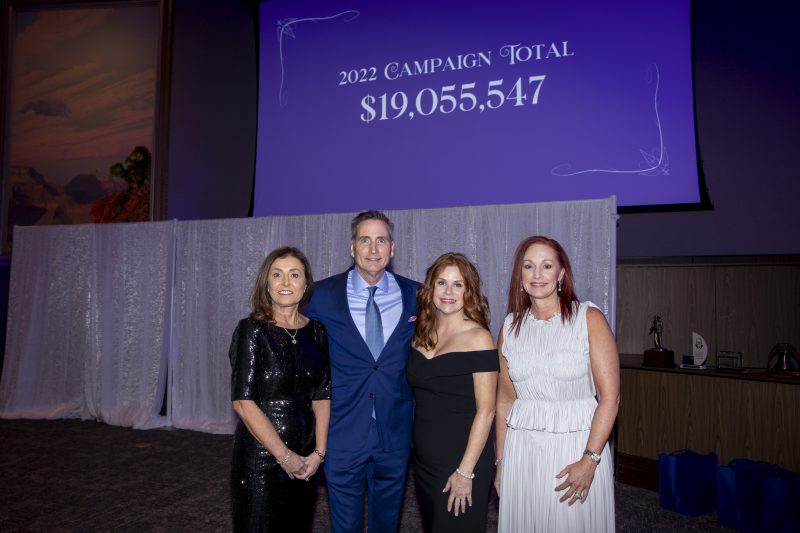