The family of Lee Allan Smith has a legacy of giving back to our community, not only monetarily but they give back countless volunteer hours sharing much needed expertise to the nonprofit sector.

Lee Allan’s long career in sales, advertising and event planning has placed their family at the center of some of the state’s most impressive galas and celebrations. Lee Allan can make friends with anybody, and that ability has placed him also at the epicenter of central Oklahoma’s most influential circles.

But as the center of his family, Lee Allan has carried on a legacy of giving for which his parents, Florence Phelps and William Smith, laid the groundwork. His father was a salesman and a musician in a band. His mother was a dedicated Presbyterian who raised four boys, and taught her sons the value of hard work and to be proud Americans.

Lee Allan has been a faithful contributor to United Way of Central Oklahoma and an invaluable community ambassador for the organization since 1956,

encouraging his influential network of friends and

colleagues to rally around helping the area’s most needy. In the early 1980s, Lee Allan served on the Board and in 1983, as Campaign Chair.

In 2002, Lee Allan was presented United Way of Central Oklahoma’s most prestigious recognition, the Richard H. Clements Lifetime Achievement Award. His good friend, Ray Ackerman said of him, “Lee Allan Smith is the only person

Oklahoma City can’t do without.”

Lee Allan was also instrumental in the naming of a popular area of Bricktown, “United Way Plaza,” which is paved with bricks honoring Tocqueville members at the time of its inception. Lee Allan loves to incorporate important community

His wife, DeAnn and three daughters, DeLee Smith, Jennifer Kiersch and Wendy House have spent the past five decades watching Lee Allan make tangible and intangible imprints on the state he so loves.

community,” said his daughter, Jennifer Kiersch. “I think that makes us feel the same way.”

Like her father, Jennifer continually performs her civic duties. She’s served on nonprofit boards including Special Care, DeadCenter and OKC Beautiful. Her sister Wendy has served on the

Integris Gala Committee and Heritage Hall’s Alumni Committee. She has also been involved with the Boy Scouts of America, the Alzheimer’s Association, the Girl Scouts of America, Make a Wish Foundation and Flight for Sight. DeLee has been a member of the Junior League of

Oklahoma City. All three sisters are members of Kappa Alpha Theta, with Wendy currently serving on the Advisory Board.

After the tornado disasters of 2013, Lee Allan and Jennifer were instrumental in coordinating the sold-out “Healing the Heartland” concert that brought in millions of dollars to help those who were affected by the tornadoes.

Lee Allan and his family are driven by a great love of Oklahoma and a desire to see it become an even better place to live. 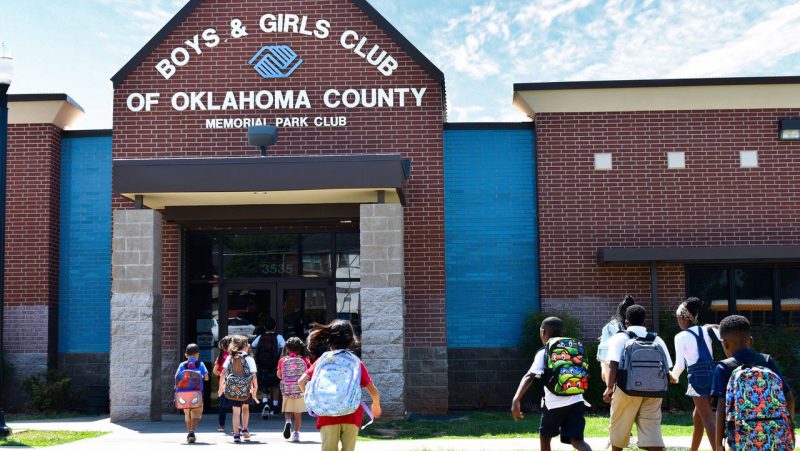